How to set up a Backgammon Board

Backgammon is a game normally played by two opponents on a board divided into four sections, or quadrants. Each quadrant is marked with six alternately coloured triangles called points. The centre of the board is called the bar. Running down one side of the board are spaces for the playing parts of the game. These parts include the backgammon counters or pieces, two shakers (one for each player), as well as a pair of dice for each player. Finally, there is a unique dice to backgammon called the doubling dice. The doubling dice was conceived in New York in the 1920s to bring gambling into the game! (See photo 1 below). 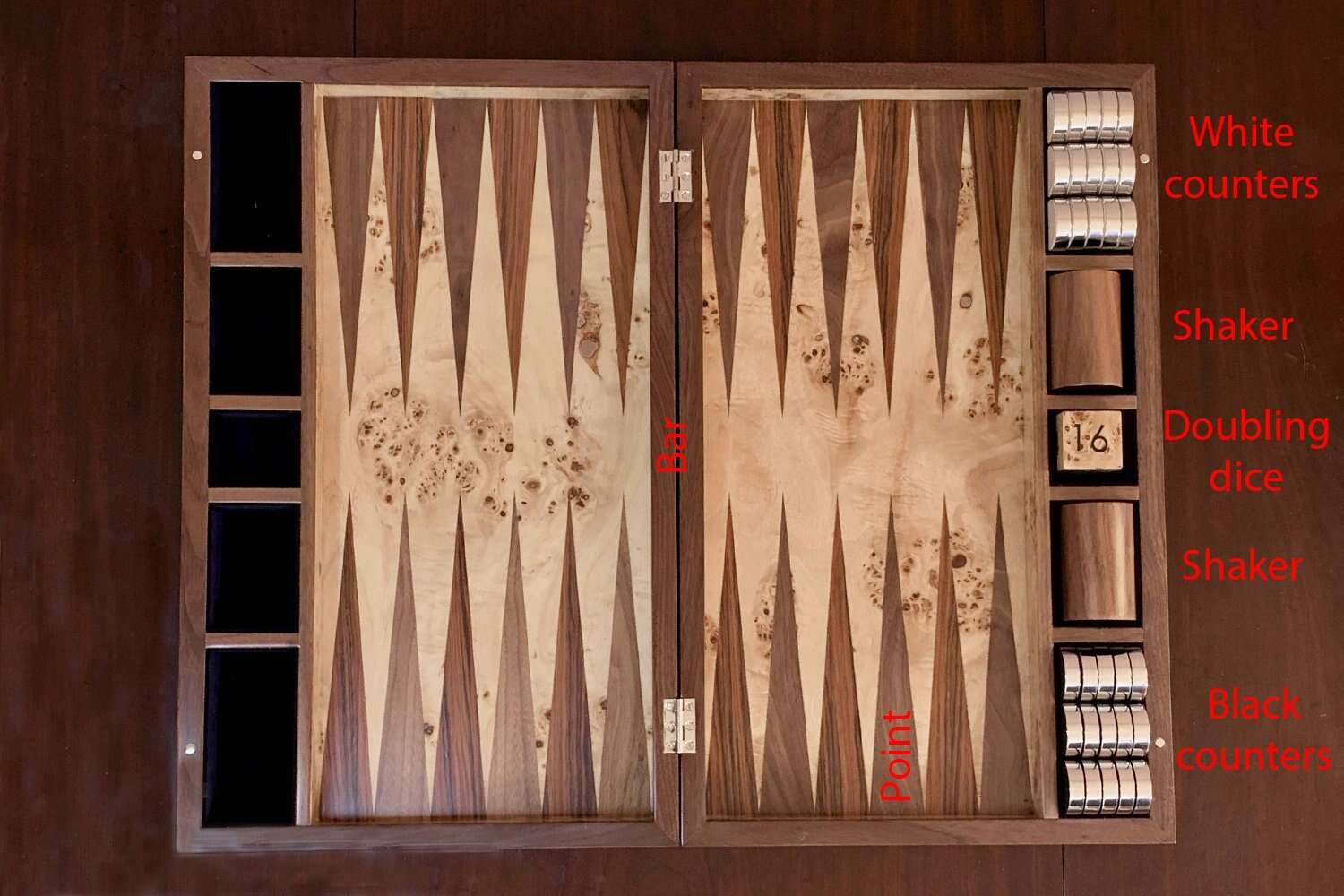 Discover the history of Backgammon

The backgammon board is divided into 4 segments. These segments include the home board and outer board on both the black and white sides. (See photo 2 below). 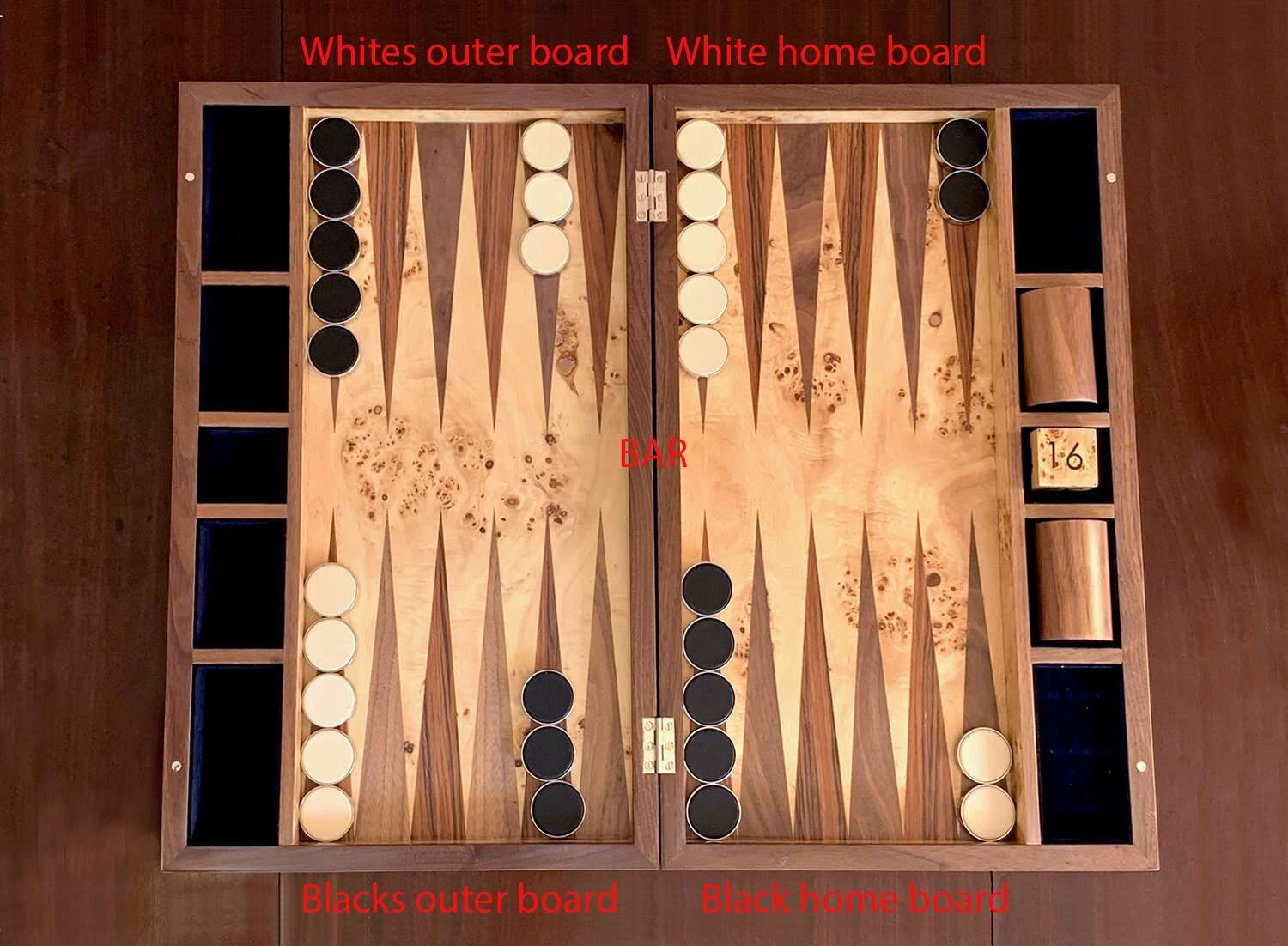 HOW A BACKGAMMON BOARD SETUP IS DONE

Each point on the backgammon board has its designated number ranging from 1 – 12 on either side, totalling 24 points in all. These points are referred to by their numbers. For example, the 1 point or 6 points. Only the 7th point has a name, which is called the ‘bar point’ since it is next to the bar that divides the board in two. The colours of the points have no significance other than to distinguish them from one another. On our Forwood Design luxury backgammon boards, we have them in Walnut and Rosewood.

At Forwood Design, our counters are white and black leather. Each opponent has 15 men or counters. Imagine these counters as two opposing armies. When the game begins, the armies are arranged on either side of the board in battle-line formation. As you can see, one side is the mirror image of the other. The arrow shows the direction of the play. (See photo 3 below). 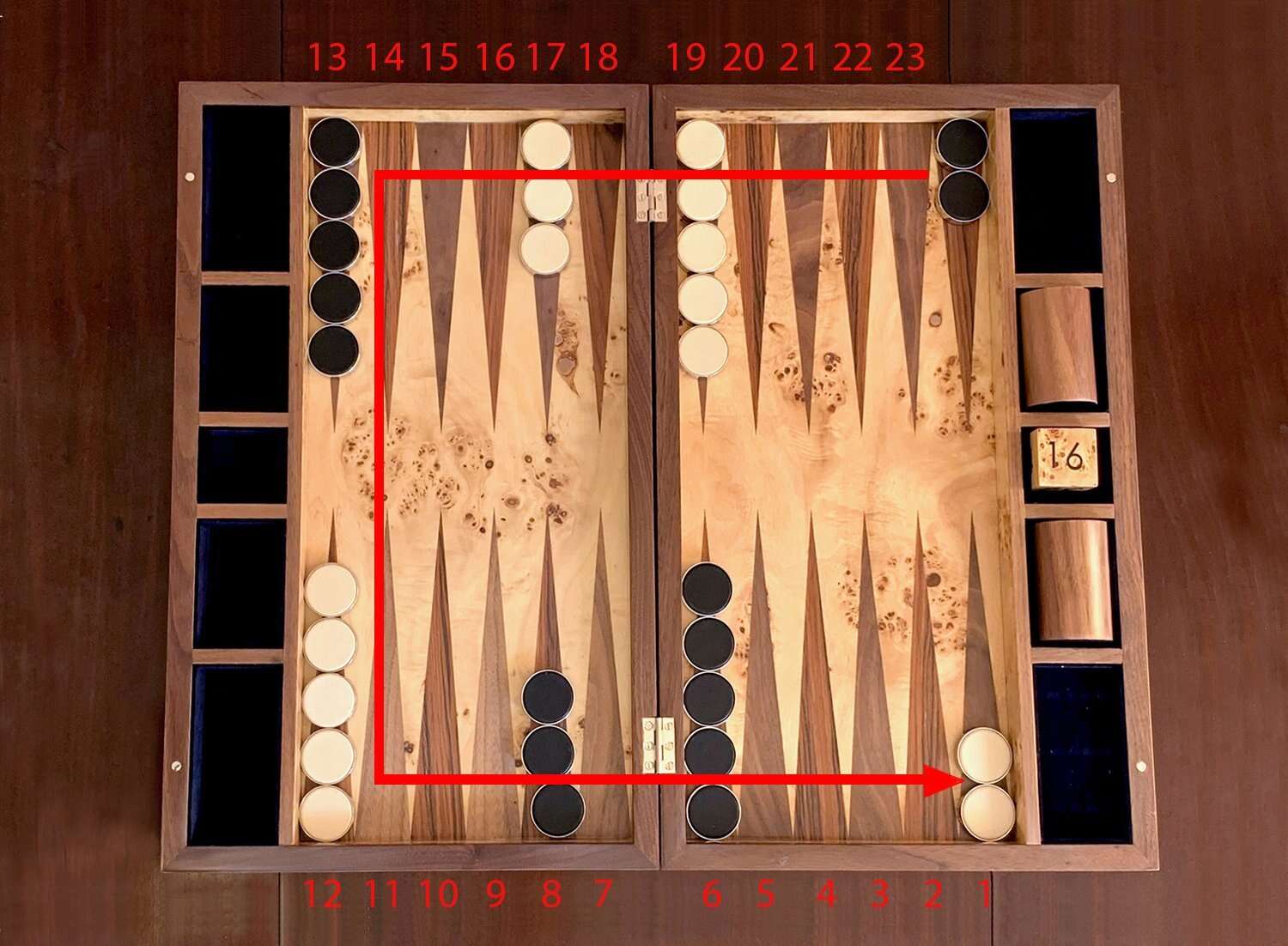 A frequently asked question when setting up backgammon.

Does it matter which way round backgammon setup is done?

Theoretically, it does not matter in which way you move your men. The backgammon setup may be laid out in the opposite direction to photo 2 (see photo 4 for the alternative set-up of backgammon). However, there is no difference between the opening arrangements. Although, custom dictates that both of the player’s inner boards must be nearer to the source of light. This comes from an old custom deriving from the fact that gambling games tended to be played nocturnally and were often played in badly lit rooms! 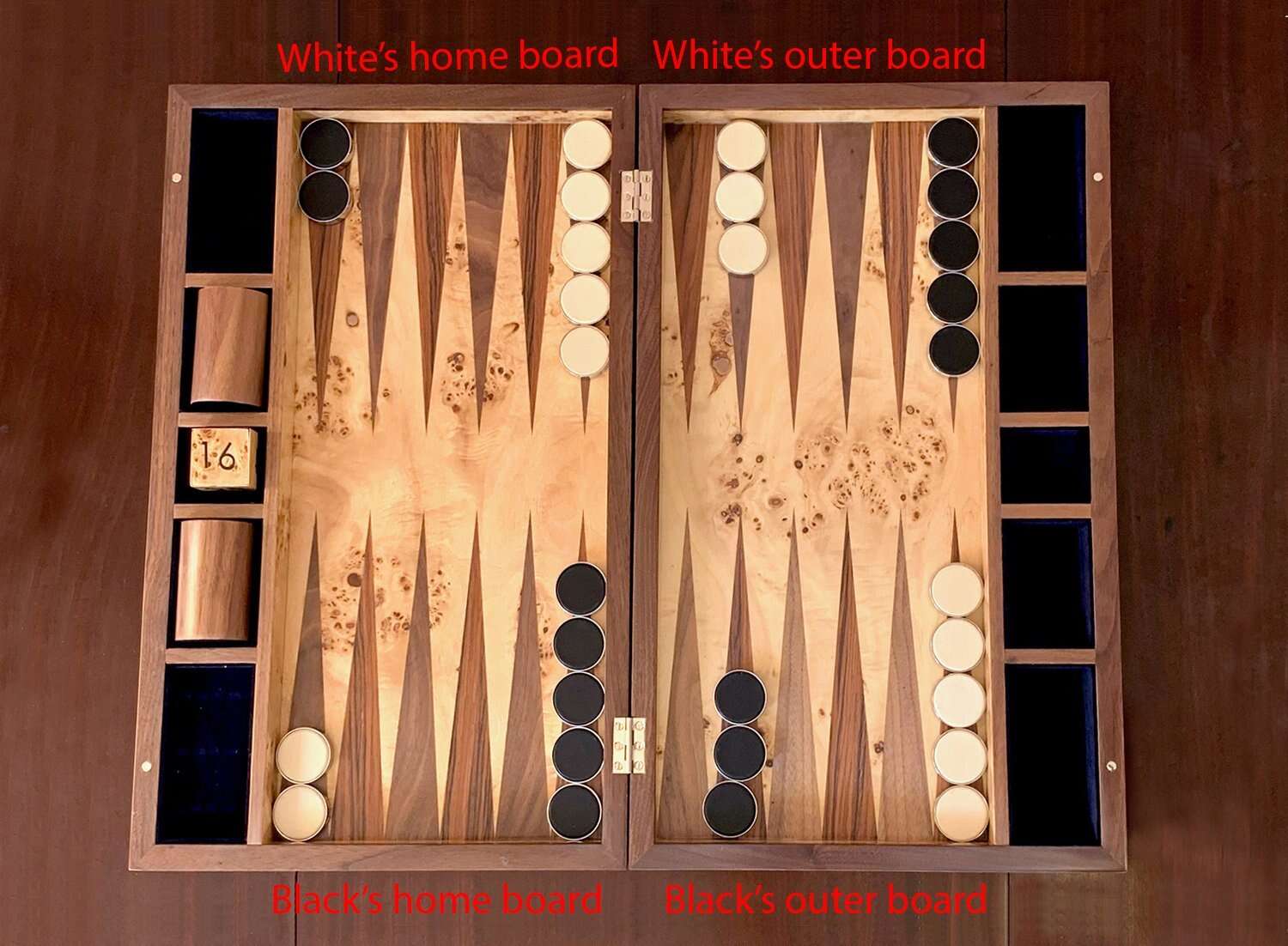 With the alternative backgammon setup, play goes around the board in the opposite direction. (See photo 5 below). 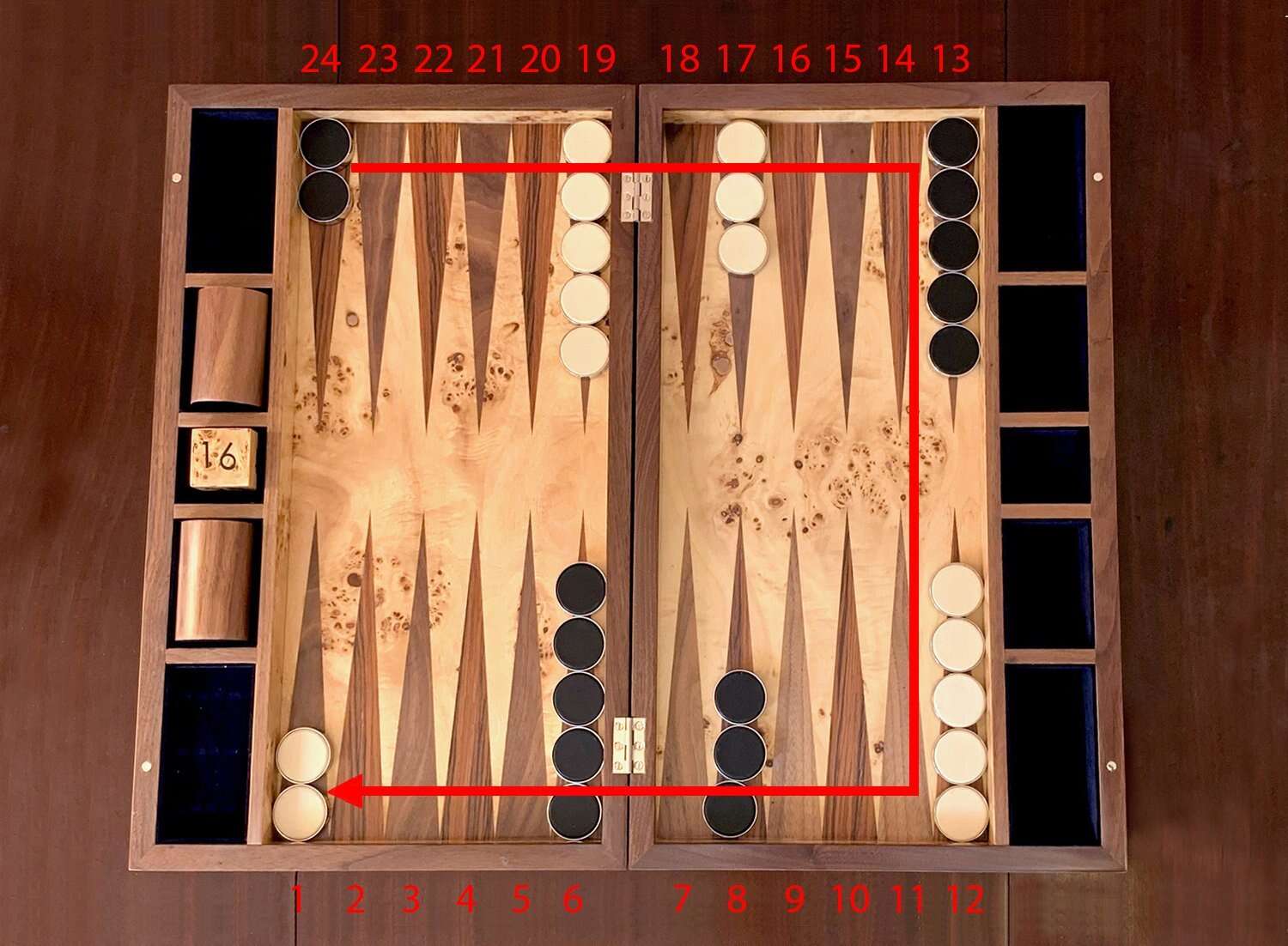 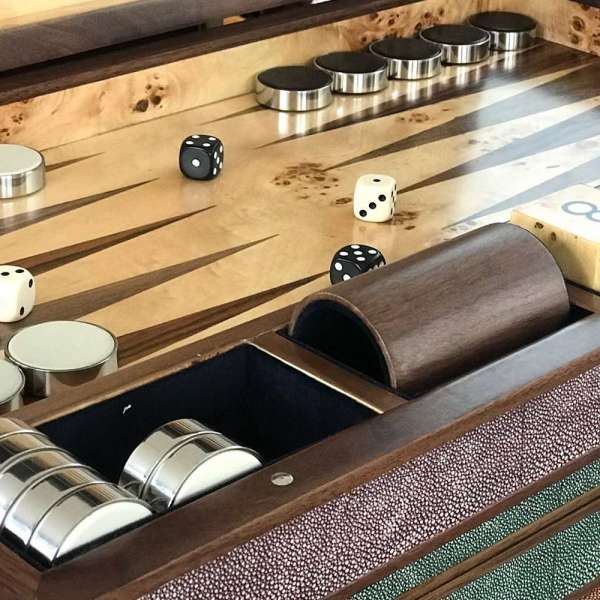 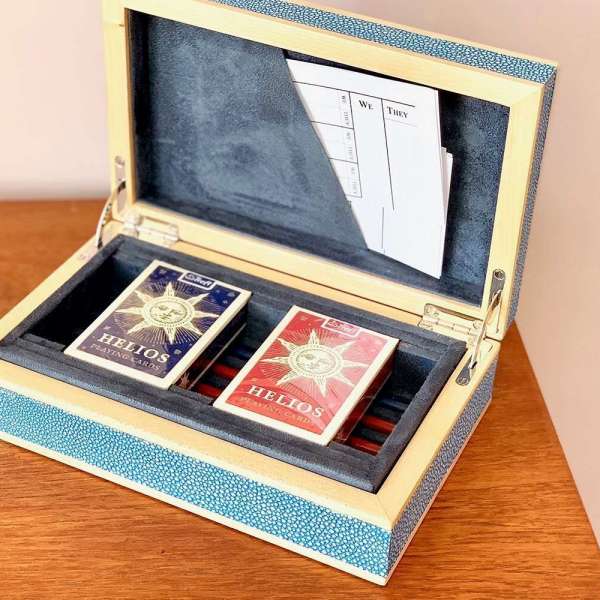 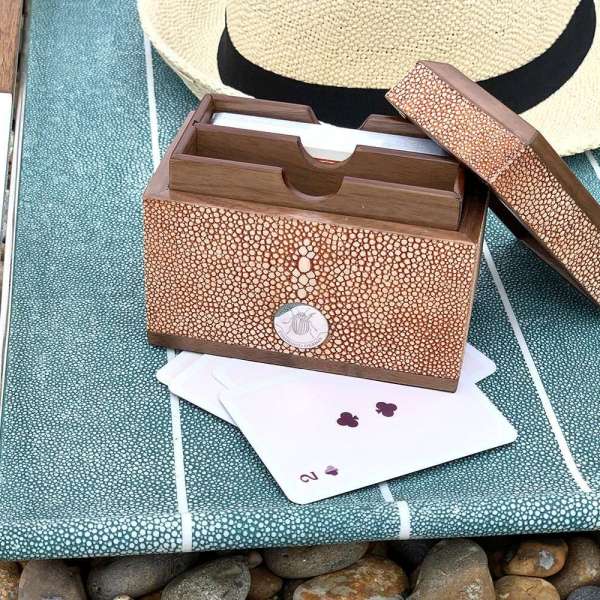 Receive a 10% discount off your first order (minimum £250 spend) when you subscribe to our inspirational newsletter.

Sidebar
Start typing to see products you are looking for.